I can’t describe how much better we felt this morning and a delicious breakfast topped it off. This place is incredible – fresh orange juice, good beer last night, cable TV even!

We got an auto rickshaw to the New Gate just outside of the walls around the old city. Jaipur is busy and polluted, but seems relaxed in comparison to Delhi, and the streets are wider. We did the tourist circuit really – looked around the remaining buildings and the façade of the Palace of the Winds with a great view of the street below and the city, though today is very overcast and sprinkling with rain. Then we spent some time at the Jantar Mantar, Jai Singh’s observatory, nearby. Far better than the one at Delhi though it’s a shame there was no sun. Then we looked through the City Palace and the Museum of Maharaja Sawai Man Singh II. Interesting illustrations, textiles, elephant howdahs and assorted bits and pieces.

An auto rickshaw down the road (after seeing the Palace of the Winds façade from the street also) and an OK lunch at a restaurant called The Copper Chimney, then to a huge cinema nearby – the Raj Mandir – to catch most of a terrible Hindi film that I can’t remember the name of but I’m sure must translate as something like From Here to Paradise or something equally meaningless! Really a frighteningly bad ‘musical’ with exactly the clichés we expected to see – a smartarse of a leading man, bad pastiches of American culture, terrible choreography and of course, the ubiquitous couple singing and dancing in a field sequence (not an Indian field mind you – probably French since there was a song sequence at Euro Disney). Everyone in it was filthy rich and swanned about in Dolce & Gabana tank tops and slept in huge pillared bedrooms with billowing window curtains. Pure crap!!!

Back to our wonderful hotel, just before a rainstorm. There’s a function place next door which has had a wedding each night we’ve been here, and I can hear women singing a Hindi chant as I write. We’re sitting here with a beer, feeling pretty damn good!

Chatted with a really nice Canadian guy, Tim, after dinner. He has the unimaginable job of being project manager for mapping and revamping Jaipur’s waterworks and sewerage system, has been here for six months and is obviously desperate to leave! That would have to be the hardest job on the planet. 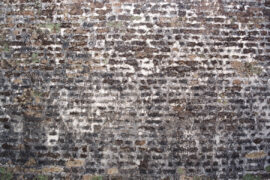 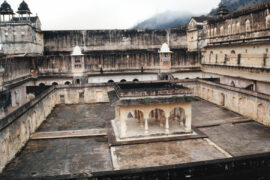