Happy birthday to me – and the greatest present was waking up feeling as though I was improving, even if it was 5am in the morning. We paid our bill (I left my money belt, passport, and plane tickets behind briefly – wouldn’t that have been fun to lose?) and got an auto-rickshaw down the road to the station. The usual confusion and lies. One helpful fellow tried to tell us the bus left from the bus stand “5km away”, when we knew it left from the train station.

Eventually, however, we found the right one, discovered it wasn’t deluxe after all, but it was the only one going. The two seat bench on the left actually had being designed for 1¾ bums, so it was a pretty uncomfortable 5½ hours to Khajuraho.

The countryside was quite green and lush. The bus did the usual gamut of scheduled and unscheduled stops, picking up and dropping off passengers at random. It was a tired old heap of metal – we wondered when the buses are actually allowed to retire – presumably when they were crushed completely in some horrific accident!

Khajuraho is a small, flat town with a lake and a bustling tourist trade exploiting their ancient temples, but this is one case where something right has been done, and a large group of temples have been fenced off to hawkers within green, well maintained lawns and gardens. A peaceful, wonderful haven before you’re swarmed by them again outside the gates.

We looked at several of the temples, including the Kandariya Mahadev (the largest, and the one I studied in high school – another personal milestone). The temples are wonderfully decorated with intricate carvings (not quite as covered in erotica is the press has it) and set off beautifully by the neat lawns. Hindu architecture of this period, up close, seems a bit of a mish-mash though. This may be due to subsequent restoration, but some bits didn’t seem to ‘fit’. Overall however, they are amazing buildings and reminded me a bit of the Sagrada Familia in Barcelona in the level of detail.

I’m better, but still coughing like crazy which is wearing me out. We went back to the hotel (the Marble Palace, aptly named, at least marble-wise) for a rest.

Later we had dinner at – wait for it – the ‘Mediterranean’, eating pseudo-Italian food. K reminded me I hadn’t remembered to bring my “to myself at 32 from myself at 22” letter (I write a letter to my future self every ten years), which was really disappointing, as it would have been perfect to read it in the shadow of the Khajuraho temples, but then I forced myself to remember that things don’t always go exactly like the romanticised picture you have in your head. I’ll write something tomorrow to add to what I put in the next time capsule when I open the letter at home.

Lots of hassling in Khajurao because it’s such a tourist town, and lots of big dumb tourist herd groups. Never will I travel like that. 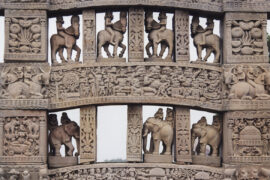 Jaigon to Sanchi to Jhansi
Khajuraho to Satna to Varanasi 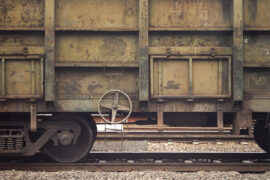