This is our third day of travel but the first chance I’ve had to start this travel diary. I’m writing from a bar on Khao San Road in Bangkok. A real traveller’s hangout, but the beer is cold and it’s stinking hot. At last, after six years or so, I’m travelling again!

K and I took Thai Airways from Sydney on Friday (21st November). A couple of friends came to say goodbye, which was fun—it’s just not the same without someone there to wave you off.

The flight was a bit uncomfortable actually—I’ve got this incredibly annoying fungal thing on my fingers which is making life hard (I forgot to bring my prescription cream, but picked it up in a chemist here in Bangkok). It seemed a long flight. We got into Bangkok about 1:30am our time, 10:30pm Thai time. Got a taxi (280 baht) to our hotel—the Viengtai. Late at night the traffic was still incredibly busy, the taxi felt like it was going to break down any moment, and there were no seat belts despite the dodging in and out of cars and total disregard of driving lanes. Our first glimpses of the streets of Bangkok were fascinating.

The hotel halls were stuffy but the room was air-conditioned and cool, though it smelt of disinfectant. It appears the Viengtai has a big hotel veneer, but it’s actually pretty run down really.

After a long sleep we woke up the next day and walked around the nearby streets for a while. Then we headed to Wat Pho—a group of temples and a huge Reclining Buddha, behind white walls in the centre of the city. It was unbelievably hot, and the air was very polluted, on the long walk there. The Buddha was amazing, and there was also a beautiful ‘Emerald Buddha’ carved of jade in a temple filled with people and the sound of chanting.

We walked directly north to the Grand Palace and had a look around, but it was so hot we could hardly move. Out of the compound it was cooler. Thanks to a friend of K’s (who lived here for a year) we have some good recommendations for places to visit. We walked around some street markets, had a beer and some food, then went back to the hotel for a shower and a rest.

That evening we took a taxi to a restaurant called the Lemongrass; fantastic food. On the corner of that street was Cyberia, a cyber-café with computers and net access where we looked at my website and sent an email to the friends who had seen us off. I brilliantly left my day pack (and camera) in the restaurant, but K went back and got it. I suppose my travel skills are somewhat rusty …

Adding to my list of mysterious medical problems that I am very annoyed about, I managed to get chafing and sweat rashes, which began to make it almost impossible to walk! We took a nightmare taxi ride to Silom Soi 4 road, dozing off in the taxi, but the area was a nightmare—packed, loud music blaring and sleazy clubs. Hit by the shocking sight of a beggar with shrivelled frog-like legs crawling on his belly on the sidewalk through the crowds. We’d had it, and took another taxi back to the hotel.

A packed, exhausting day in the human maelstrom that is Bangkok! Feel like we’ve travelled a month already.

We’re at Bangkok International Airport now, with about 3 hours to wait for our flight. Today (Sunday) we went to the Jim Thompson House, a beautiful traditional Thai architecture house that was owned by an American who worked in the Silk trade in the 1950s. Beautiful thick wooden floorboards and large airy rooms, full of antique sculpture and knick-knacks.

We’d checked out of the hotel so we spent an hour or so wandering Khao San road (where I began writing this diary in a Buddy Beer place) then picked up our bags and got a taxi to the airport. 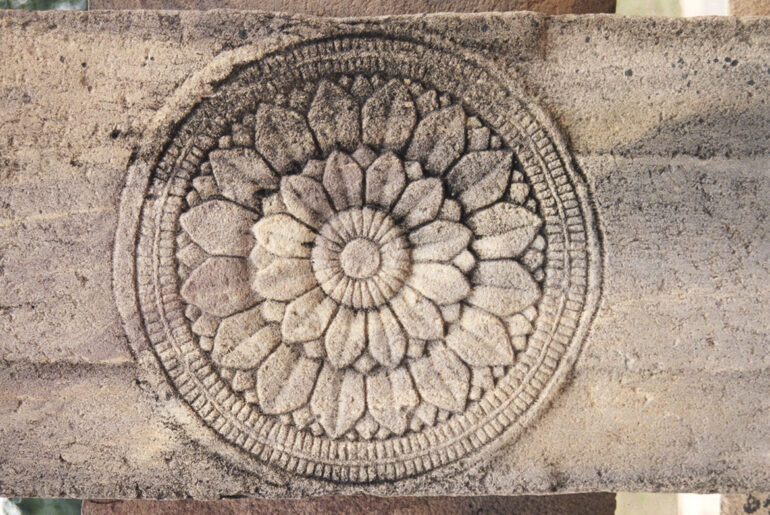 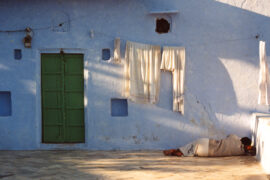 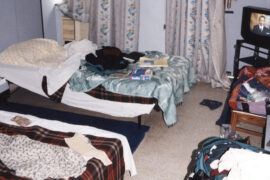