After coffee and a bun at a nearby Starbucks (the only place that serves drinkable coffee), we bought our tickets on the Narita Express to the airport for tomorrow.

At 10am opening time we checked out a big department store called Tokyu Hands, which has a hobby department I would kill for back home – a beautifully organised selection of foamcore, acrylic and wooden sheets, acrylic boxes and various nubbins.

Then Carol and I separated for the first time in three weeks. She went off to do some shopping, and I took the subway to the Akihabara area, which is a mecca of hobby, manga and anime shops. The streets were like the inside of a teen geek’s head; all colour, noise, flash and trash. I must admit I don’t understand the Japanese obsession with everything girly, but it was here in force. I’m also not interested in manga and anime, so the endless shelves of plastic character figures and Gundam robot kits did very little for me. But hell, if you happen to be obsessed with collecting every variation of kaiju (Japanese giant monster movie) monster figure in existence, you’d be a very happy camper. I went through a brief phase of collecting display figures years ago, but they ended up being dust collectors more than anything.

I explored a huge electronics store, several hobby shops and figure shops, but I couldn’t find anything I particularly wanted to buy. The video games department, like many shops in Tokyo, was punishingly loud. I’m getting too old for it all I guess!

The flashing lights, colours, and especially the puerile J-pop teen music soon started to do my head in, so Carol and I met back at Shibuya station and browsed some more stores, then got lunch in a Hawaiian-meets-Japanese restuarant cafe (yes, that is a thing). She headed back to the hotel, and I wandered a bit longer, but the department stores are very samey and claustrophobic and I soon got tired. My theory is that the buildings are set up to be easily and cheaply converted to office space, but it makes for boring shopping environments, with escalators in the middle and a lot of separate shops crammed onto each floor with very little separation between them. There’s very little visual contrast and the constant activity and noise is quickly tiring.

We rested in the hotel room for a while, then headed out again. We walked about 15 minutes to the Tokyo Metropolitan Government Offices building, where rode a lift to the 202 metre-high observation level to get a view of Tokyo by night. It was an old-fashioned level with restaurant and a few tourist shops selling tack, but the views of the city by night were excellent.

Then we walked another 10 minutes or so to a restaurant and met K and A, two old Cisco workmates of Carol’s. They were fun, interesting people and we all got along wonderfully right away. And it was such a pleasure to sit back and let someone else do all the ordering – as a result of course it was one of the best meals we’ve had in Japan as they knew what they were doing! A really enjoyable meal with excellent company, and the perfect end to our holiday and our last night in Tokyo.

They walked us back to our hotel we said goodbyes with many promises to return next year, and we went to the hotel bar for a last drink, where I enjoyed a Hibiki 17 year old whiskey.

A last bit of shopping, a last train trip, some duty free purchases (I’ve got sake and whiskey to buy), and we’ll be heading back home to New Zealand. It really has been one of the most fascinating and enjoyable trips ever – the perfect blend of culture, history challenges, interactions with people, and yet so much easier than most foreign travel.

We’ll be back to Japan soon, I hope. 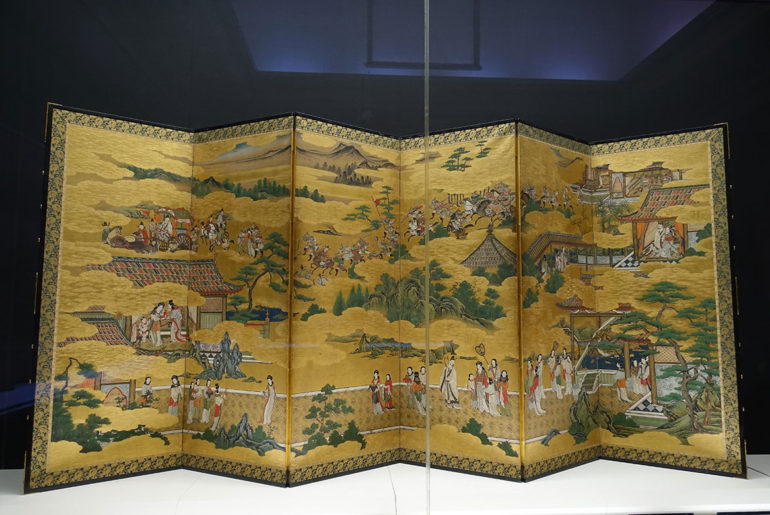 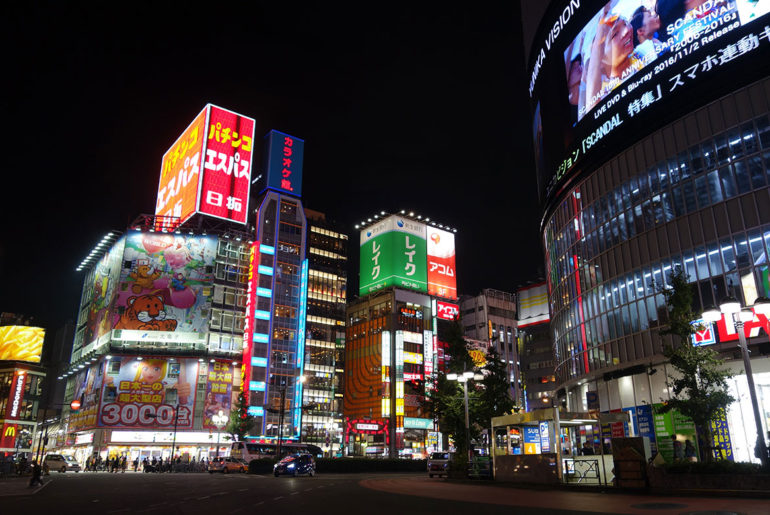 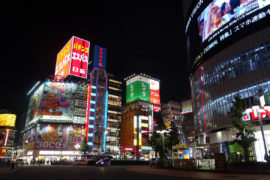 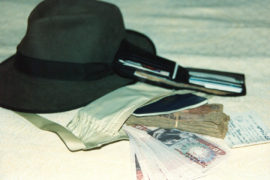