I’m so unbelievably exhausted – my back hurts, I feel grotty and greasy, I’ve got a cold, a scraggly beard and smelly clothes. I’m quite relieved to be going back to London tomorrow – I feel worn out with the rigours of travelling, and it was only two weeks. It’s the heat, the long distances, and this damn back. I’ve had enough.

Today Hassle-Free Tours, led by a little amusing and sincere man called A, took us on a trip around the Gallipoli battlefields. It was a strange experience to visit these places, so deeply engraved in the Australian psyche. It was also fascinating to hear the Turkish perspective from A and how the Turks saw the battle – at the end, as the ‘Gentlemen’s War’, with Anzacs and Turks becoming comrades, in a strange way, before the Anzacs pulled out.

I had breakfast at the hotel, talking to a Canadian couple on a long cycling trip, then met the rest of the day’s group – almost all Australians, and a few New Zealanders at Anzac House, the hotel that organises the tours. We were shepherded onto the ferry and across to the European side of the Hellespont, where we met another group that had driven from Istanbul and all got on a big airconditioned bus for the tour.

First stop was the small museum. Here and at all the stops A gave long and atmospheric talks, pacing up and down and pausing like a schoolmaster in front of his pupils. After these talks and the documentary last night my Gallipoli knowledge is now quite extensive, and of course actually viewing the places where it all took place brought everything into perspective.

The small museum featured photographs, objects from the battlefields, uniforms and letters home. The letters especially brought history to life in the saddest way.

After a lunch stop near the beach near where the Anzacs first landed, we visited Anzac Cove. Although the beach is now much narrower than it used to be, I was struck by how small the area was where so many men had to camp. The ridges over which the men had to scramble – and which later protected them from the sight of the enemy – though formidable, were not as high as I imagined. Here and there as we drove along the road you could see the small distances between victory and defeat, and how great events could easily turn on the smallest chance.

At Lone Pine Cemetery we wandered among the commemorative stones, with listings of men who were so young. We saw the remains of the Turkish and Anzac trenches, and the ridiculously small distance, the width of a road, that separated them. We passed The Nek, where the suicidal attacks featured in the film Gallipoli took place. We stopped at Chunic Blair, the highest point which the New Zealanders briefly held. And we walked through the Turkish memorial, paying respects to the no-longer-enemy fallen.

Our tour guide vividly told us the stories of those terrible 240 days. The tour was excellent, and to see the mutual respect that now reigns over what was once such a bloody battlefield, to hear the tales of command incompetence and common soldier bravery, was to once again realise how blindingly obvious is the joy of peace and understanding and how pointless and wasteful is war and conflict. Judging by what happened just a few days ago we still haven’t learned the lesson.

A long, long drive in a minibus back to Istanbul. A cheap room in a soulless hostel. 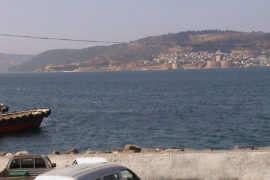 Ayvalik to Canakulle
Istanbul to London 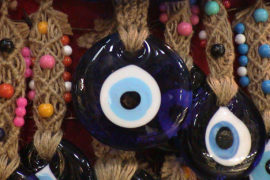